I say these next words not just because he was part of the reason I fell in love with spoken word poetry: Phil Kaye is an extraordinary wordsmith. New York City-based poet Kaye is best known for his viral YouTube videos and for co-directing Project VOICE. A California native, Kaye has had a flourishing career: he has been featured on stages across the world, on NPR and at the Museum of Modern Art in New York City. He has been invited to open for His Holiness The Dalai Lama for his 80th birthday celebration. Kaye is a National Poetry Slam finalist, and the  two-time recipient of the National College Poetry Slam (CUPSI) for “Pushing the Art Forward.” Finally, Kaye was also the head coordinator of Space in Prisons for the Arts and Creative Expression. He has published two books over his career: his debut poetry collection, A Light Bulb Symphony, and his recently released collection, Date & Time.

But before the accolades, there is the origin story. Kaye first came to know spoken word poetry during high school attending the Student Diversity and Leadership Conference (SDLC), a conference for students of color in independent schools. At SDLC, there was a talent show that showcased spoken word artists and from there, as Kaye says, “a light bulb went off.” Kaye was eager to tell his story with his voice and body. Another aspect that drew Kaye to poetry was that it could start whenever he wanted to. “I didn’t have to beg my mom for a drum set,” Kaye says. “I just [went] home and started writing, and wrote a bunch of crappy poems and slowly, slowly inched my way up.” In college, Kaye followed his love of poetry by joining the spoken word club. There he had the opportunity to connect with other poets and compete in the National College Poetry Slam (CUPSI) for the first time.

Growing up in Orange County, California, Jewish/Japanese-American Kaye was surrounded by a predominantly white community. Racial identity became something that Kaye grappled with growing up. It wasn’t until SDLC that he was exposed to an array of multiracial kids, just like himself. From there, Kaye was more acutely aware of the nuances of his identity – evident now in his writing. “Something I’m thinking a lot about now and writing more about is this idea of ‘and’. Which is to say, for a long time – even when I started to meet folks who looked like me – I wondered ‘Am I more Jewish, or am I more Japanese, or am I more mixed? What is my thing?’ I felt this sort of pressure to choose. I think I’m now trying to wrap my head around the idea that I am Jewish-American and Japanese-American and mixed – and I think that carries over a lot into my professional outlook as well.” In other words, Kaye describes the phenomenon of being a “multi-hyphenate”, existing in many realms simultaneously. (Kaye did not coin this term but stands by its meaning of being able to exist in multiple roles at once.)

Another passion of Kaye’s is the poetry organization he co-directs with his “poetry partner in crime” Sarah Kay (Project VOICE). “Project VOICE works with education organizations [and] schools to bring poetry into the classroom.” Having worked in 30 countries, Project VOICE brings poet-educators to schools to “perform original work and teach hands-on workshops that help demystify poetry a little bit, to help make it feel more personal and centered around the idea of telling your own story.” The word “demystify” is significant because, for a long time, Kaye felt like poetry was a distant art form. “[Poetry] felt like something that was only — it’s a stereotype but true — for old, dead white men telling stories that weren’t my own,” Kaye says. Aside from Project VOICE, you can find Phil Kaye and Sarah Kay’s collaborative work on YouTube — “An Origin Story” and “When Love Arrives” each have garnered over two million views. 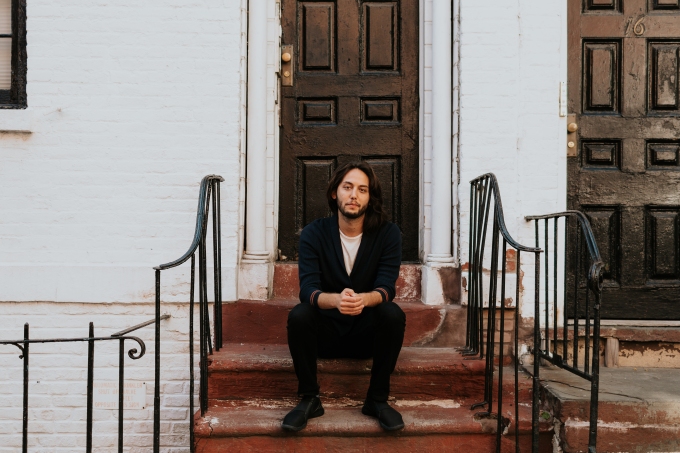 Going into his career, Kaye was filled with anxiety: “The first year was all nerves, all the time.” Soon, a realization dawned on him, “Whether or not I got to do this professionally, I would still write.” His love of poetry alongside a vote of confidence from his father encouraged him to pursue his dream of doing poetry full-time. However, Kaye was initially caught by surprise by his father’s positive reaction. “It was kind of like this weird judo move where [his approval] was so unexpected that I kind of started playing defense on myself,” Kaye says. “I was like ‘Is this actually a good idea Dad, or am I not thinking about my future?” Kaye recalls his father telling him that “obviously you need to make money, and there are different ways to do that while you’re trying to make this happen. But it seems like you’re really passionate about this, and you should give it a try. The worst thing that happens is that it doesn’t work out and then you do something else – and that’s not the end of the world.” Kaye notes that the “permission for failure was huge.” Additionally, Kaye started out feeling like had something to prove to others and soon realized the pressure to prove himself was moot.

It is apparent that Kaye has a sincere love of his craft. When asked why he writes, Kaye states, “I’ve found it to be a very effective tool of exploration my whole life.” He also says that writing “is still, to me, the most exciting and effective way to share my feelings both with myself and with the world.

Kaye’s advice to younger writers is succinct: “honesty, just write.” He encourages young writers to keep practicing their craft and know that slowly, progress will be made.  Phil uses the comparison of basketball to explain creative growth. “I grew up playing basketball, and part of it was playing all the time. Some days I played great and some days I didn’t play that well, but there was this understanding that slowly I was getting better,” Kaye says. “We don’t have an expectation of immediate greatness in anything else, but somehow in art, we do.” Kaye elaborates on this through a comparison with basketball: “Nobody steps onto a basketball court and quits after day one if they aren’t Steph Curry.” He believes the same holds true for creative writing — you must continue writing and know that it’s going to be hard and push through in order to create something you are proud of.