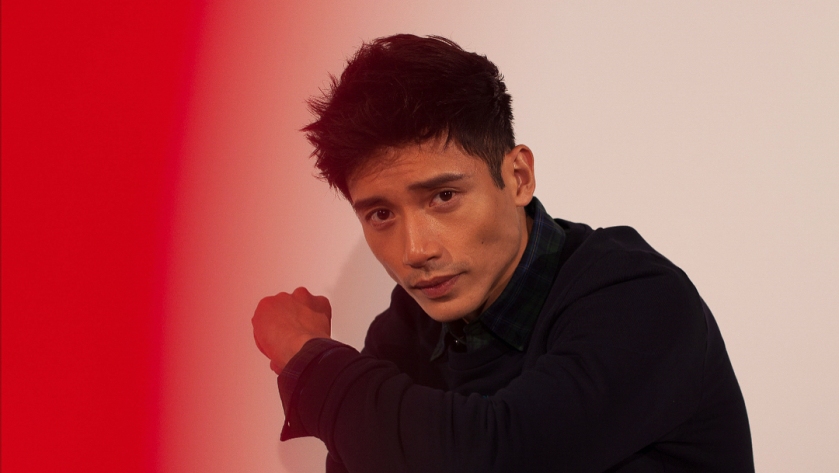 When I first saw Jianyu aka Jason Mendoza in The Good Place, he was everything I was far connected from a television character yet envied and felt strongly about as time went on. I encountered the Filipino actor, Manny Jacinto, playing a failed DJ from Jacksonville, Florida turned into a Buddhist monk after seeing his partner from the show, Jameela Jamil’s (Tahani) posts and finally landed on my radar.

The Good Place is a quirky, wacky afterlife comedy starring Ted Danson and Kristen Bell. Briefly, it revolves around four people mistaken getting placed in the so-called “heaven” or “good place” and determined to stay they help one another to get better from there.

In its earliest moments, the show flawlessly established Manny’s character, Jason, as someone goofy, easily entertained, and mostly clueless which is far different from the rest who are smart, sophisticated and brutally frank. Yet despite his lack of strong characteristics, there’s something a lot more lovable and relatable to his role.

There’s a lot of things the endearing Jason Mendoza sets him apart from everyone in the show. His carefree attitude elevates situations their problematic group encounters. Like the time they were in an argument with the judge and he told a story about his co-worker that had to work three jobs and had to take care of his grandparents being the reason for his tardiness and only then he, even, everybody understood that there’s stuff we don’t know about a person behind closed doors.

What everyone thought would be another stupid story ended up being an eye-opening one and a lesson instead. Here is where the underrated value of Mendoza is found. The unrelenting optimism which lies through him. It perfectly encapsulates the part of humanity that is messy yet met with compassion. That we do stupid, dumb and hurtful decisions yet are also able to do good, empathize and make beautiful things. His childlike nature balances things very well.

In his world, nothing is perfect of course. He might have dealt with stealing and selling fake drugs from his backstory but made sure to turn it around on his second life working his way to help his father and cousin on the rough streets continuously living on the same path. Despite knowing how bad he was then or they are, still, he believed, had faith and never doubted anyone. Always finding positivity and isn’t that what we most need nowadays?

It’s clear how Mendoza lives, his heart often rules over his head. Though he always gets in trouble with the number of times he gets duped, nevertheless, he remains far too insightful for someone who would see him stupid and naive. On the contrary, he’s one of the most encouraging people too. Reminds me of a heart-touching scene where the actor comforted Tahani and said, “The point is, you’re cool, dope, fresh, and smart-brained… You’re awesome! Be nicer to yourself.”

It’s something we all honestly can use at this age. Jason is simply a happy, optimistic guy who has a massive tendency to see the best in people and situations. He represents kindness we all lose as we grow old. Jacinto’s role appears to be more than necessary. He defines humanity accurately and the sad part about it is with a heart of gold, the truth is, people like him mostly get taken advantage of.

In addition, while we’re at it, mainly one of the reasons I admire him too is because Manny transparently looks very vocal about his Filipino roots off and on cam. I come from the same race and it’s always met with pride seeing a fellow succeed though very much unrelated. The Good Place brought in together a diverse cast and it’s amazing to follow Manny’s rise in the mainstream TV contributing to the whole Asian American representation today.

On an interview with GQ, he mentioned:

“When I was in Vancouver, my biggest issue was: Why is this happening? Why are there no Asian people? It was incredibly frustrating. The thing that propelled me forward was the fact that this industry is so unfair. What the heck is going on in the world? Why is it that what I’m seeing on television is not the same as what I’m seeing in real life? It really got to me. That’s what pushed me forward, to try and change that… everything changed—shifted.”

Living in a convoluted world, one in which it can be difficult to maintain a positive view of anyone, Manny Jacinto’s presence in The Good Place teaches us the determination to be kind, grounded, friendly, and hopeful of the good intentions of others. I appreciate him more being somebody that’s a polar opposite of his character. And seeing Jason Mendoza live differently in a way reminded me of the other important values around.

He did a wonderful job on this sit-com and I can’t wait to see the progress of his role and career more. The actor also proudly shared how his rapid and unexpected success in the industry made his parents, especially his dad his biggest fan.

“It’s so funny. My dad is literally my number one fan. Asian parents… they have no idea what goes on in this industry. Mine was born in the Philippines, where it’s different… So they had a lot of that skepticism. Everything they learn about Hollywood is from Hollywood. Whatever they learn about actors… is from what is portrayed in movies… And I didn’t have anybody to really ask advice for… They’re all like engineers. They’re all very intelligent people. [My acting] came right out of the blue for them. Now my dad is my biggest fan.”

And I’m sure the fandom will continue to grow as we witness more from the Filipino break-out star himself. Lurk in his Instagram and Twitter while we wait for the next season of The Good Place! The gift of behind the scenes is within them. Catch it on Netflix now!