I can’t be the only one left with the last song syndrome with Mariah’s Always Be My Baby’s iconic track after seeing the recent Netflix rom-com hit Always Be My Maybe, starring Ali Wong and Randall Park amongst a full Asian American casted film. It felt like 500 Days of Summer and Celeste & Jesse Forever, but in a modern-day set-up and that’s not a bad thing. In many ways, it’s less heartbreaking, more rewarding.

The two leads who also co-produced and co-wrote the show wanted their own When Harry Met Sally moment in the most honest yet comedic version today. The premise follows famous chef Sasha (Ali Wong) and hometown musician Marcus (Randall Park) reuniting after 15 years feeling the old sparks of attraction but each struggles to adapt to their own worlds.

A journey of two people who are together through childhood, teenage years to growing individually as adults yet still end up meeting halfway no matter what. They are stories of love as friends, families, and partners. All aches with the unavoidable fights that go along while finding the laughs at the same time. There is something so gratifying about watching a close friendship verge on a romance with both characters still thriving on their own. 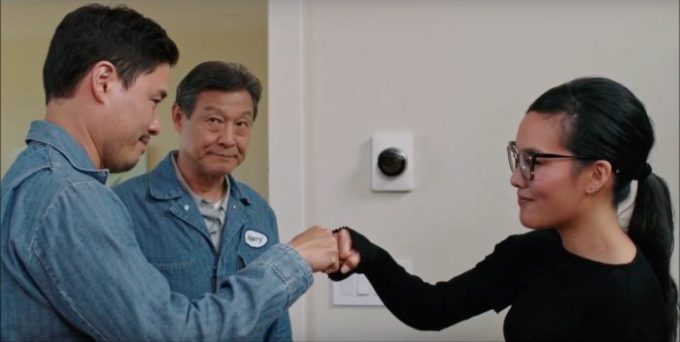 Always Be My Maybe represents another breakthrough in Hollywood for the Asian community. Like any rom-com, the movie offered a selection of familiar moments we particularly find ourselves drawn to. Here are some of our favorites.

It’s good but so rare to see the primary colors of my childhood onscreen and it’s especially gratifying for that to be normalized. My favorite scene was when Sasha’s parents fly to New York to see her receive a big award. When she brings up their absence when she was young, they say that they are trying to make up for it now. Sasha’s face clearly shows her hesitation in accepting this gesture that seems to come too late, a tension I feel myself. She chooses forgiveness and takes her parents to the awards show, and that reminds me to choose forgiveness.

I’ve watched ABMM 3x now and I am charmed and delighted each time. The opening scene when young Sasha was eating dinner alone while watching an American sitcom resonated with me the most. It reminded me of a letter I wrote to my (white) boyfriend years ago. About how much I loved “tradition” and going to his family during Thanksgiving. I was so thankful for them. I didn’t unpack it until many years later. How embarrassing and damaging it was for me to think of tradition and not think of my own. To think of it as a white concept. That’s why representation is so important. To help kids see themselves, to see that they too deserve the lens of normalcy, that they are ok too and our tradition is ours and we should be proud of it.

I related to when Sasha was heading to New York and Randall Park’s character seems surprised that she’s still moving. There wasn’t a moment where she paused and thought a relationship might change her path or derail her plans, she had an end goal and focused on herself and I’ve definitely been there too many times to count. I loved that ABMM portrayed that in a positive light. That you can totally shoot for the moon, put yourself first and not screech your life just because you met a dude. And that career-wise, there’s no reason why we can’t aim to be the best.

Oh man, my favorite was at the end when Ali revealed to Randall the menu of her new restaurant was his mom’s recipes. That made me cry for a few minutes. Food is obviously important in Asian cultures. So the idea that Ali’s character chose to open a restaurant for the sake of paying tribute to his mom’s home cooking was so incredibly thoughtful.

As an Asian kid who grew up in the Bay, I loved seeing it through Marcus and Sasha’s eyes. I know so many Marcus who are afraid to leave and I know hella Sasha’s who leave to see what else is outside our little bubble. It was hilarious but I couldn’t help but be critical of things like Dragon lady stereotypes, or the power dynamic between white sexy Keanu and nerdy Asian Marcus. I also wanted so much more for Sasha’s parents, I wanted to let Sasha know that her pain is valid but also her parents didn’t want to choose to leave her at home alone. I can’t wait till I see this type of energy for Brown southeast and south Asians. How do you make an Asian movie in San Francisco without any Filipinos? We need more!

As Ali Wong said, “That’s what’s cool when you populate a movie with those characters. Then you’re not the Asian person. You’re the insecure person, the artist, the jerk. You get to be somebody.” She then made herself into a well-known chef and entrepreneur. Gone are the days where we are portrayed as servers or assistants. I think ABMM deserves more credit for producing a movie that is, in a sense, just like the others. I loved that we get to be the Tom and Summer, Celeste and Jesse, Harry and Sally. This rom-com formula finds itself served surprisingly well by our very own Sasha and Marcus.

Always Be My Maybe ends on a forgiving note. Once we’ve been around Sasha and Marcus long enough, we team up with their families and friends. Overall, Keanu Reeves was an endearing addition and surprise of the film. Don’t miss this. Catch it now on Netflix! 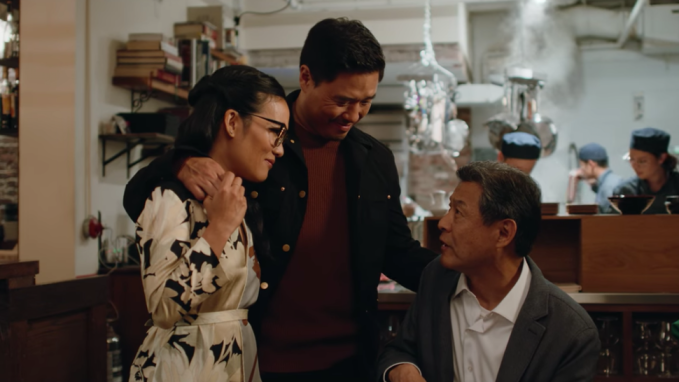